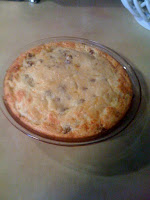 I also got my Tory Burch flats in the mail too! What a great Monday. 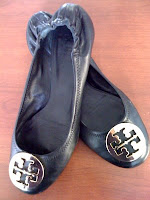 Dancing with the Stars- Don't call me! 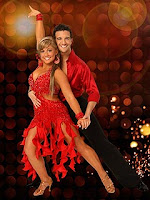 For some unknown reason DWTS seems cursed this season. With numerous injuries (2 drop-outs), ambulance rides every other day and now a STALKER- what else could go wrong?
A man alleged to be a crazed fan of Olympian Shawn Johnson was arrested Tuesday near the set of Dancing with the Stars. Police later found two loaded guns in the man's car.
I was so upset when I heard this. I love SJ- poor thing. I hope she can feel a little better now that he is behind bars. Keep dancing Girl!
To read the full story click here - People.com
Posted by Digitally Delightful at 1:51 PM No comments: 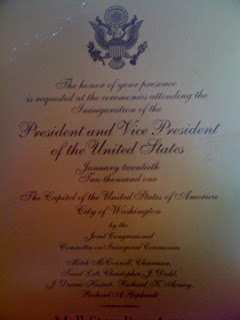 I have always loved learning about Presidential History. I was probably the only kid in the world that got all giddy about President's Day or Election Night. Whenever I was asked who my heroes were, Mom and Dad topped the list but Abe Lincoln came in at a close 3rd. My trip in to Washington DC to witness W's inauguration changed my life and to this day I still carry my ticket around . My mom sent me an email today reminding me of some of my favorite Presidential trivia. Pretty interesting, thanks Mom!

Both were particularly concerned with civil rights.
Both wives lost their children while living in the White House.

Now it gets really weird.

Both assassins were known by their three names.
Both names are composed of fifteen letters.

Now hang on to your seat.

Lincoln was shot at the theater named 'Ford'.
Kennedy was shot in a car called ' Lincoln ' made by 'Ford'.

Booth and Oswald were assassinated before their trials.

And here's the kicker...

Today I attended the very first shower for Baby William Johnson Stephens. The proud parents, Nancy and Winn Stephens, have been long time friends/advice givers. I am so happy for them and I know Baby Will has a great life ahead of him. Nancy is due on Derby Day so there will be pleanty of excitement to go around! Congrats! 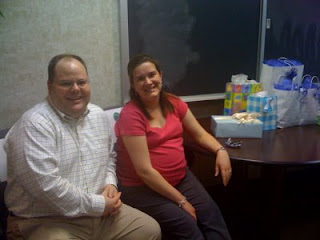 Posted by Digitally Delightful at 1:37 PM No comments:

It's Tuesday afternoon and all I can think about is what I am going to watch tonight. There are so many choices- but which one to choose? Here is the line-up...

The Problem...
M and I are faithful Biggest Loser watchers and the contestants are going home to visit their families this week (tearjerker). It is "Country Night" on American Idol (one of my favorites), I want to see who gets kicked off on DWTS and I HAVE to watch the Cats play! I guess both DVR's will be put to good use tonight!

What's a girl to do?

Posted by Digitally Delightful at 12:13 PM No comments:

Monograms, Martinis, and Manhattan is hosting another great giveaway! 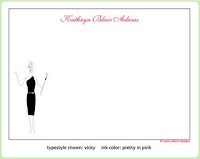 Check out her blog for all the details!

Monograms, Martinis, and Manhattan
Posted by Digitally Delightful at 12:05 PM No comments:

For the past 5 years I have been bleeding blue... but now I am feeling blue. The Kentucky Wildcats are NIT bound. What a sad day it will be in the bluegrass when our cats will play UNLV on Tuesday. To beat it all- we have to play at Memorial Coliseum. Rupp Arena is booked for the HIGH SCHOOL Boy's Basketball State Championship games. Never in the history of basketball did I think UK would get bumped for High School sports. Needless to say I will try to stay up and watch the 9:30 game and cheer on my cats. (After MJ and I watch the Biggest Loser of course!)
In honor of the Cats I thought I would share some of my favorite pictures with Wildcat... 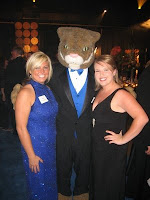 Fellows Ball
Me and Herde 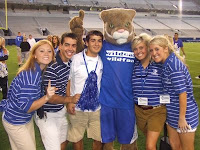 Big Blue U
Julie, Grant, Drew, Me and Chrissy

Keeneland
Me and Ashley
Posted by Digitally Delightful at 11:07 AM No comments:

I am quite appalled by the bill introduced by WV delegate Jeff Eldridge.  HB 2918 states: It shall be unlawful in the state to sell "Barbie" dolls and other similar dolls that promote or influence girls to place an undue importance on physical beauty to the detriment of their intellectual and emotional development.
REALLY? What's next? No more fashion magazines? No more Disney Princesses?
Barbie just turned 50.  I don't think a tradition that has lasted for 50 years can be accused as the sole contributor to low self-esteem.  I say get over it and leave the toys alone.
Posted by Digitally Delightful at 11:46 AM 1 comment: