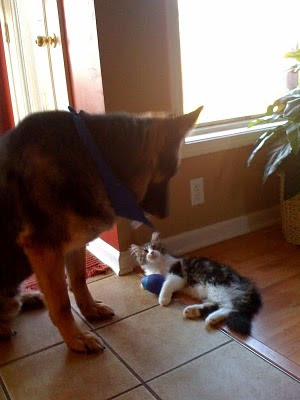 If you’re one of the millions of North American pet owners, here are some things you may not know about your animal, courtesy of WebMD.com.

Now here are some interesting facts about cats:

Posted by Digitally Delightful at 11:22 AM