The 12 Things You Probably Didn't Know About Home Alone!

CMA behind the curtain

I thought it would be fun to give all my bloggy friends a behind the scenes look at the CMA's! This is my third year getting the all access look at country music's biggest week.

So here's a quick run down and some photos of the week!!

Sunday-Tuesday
Artists come to the Hilton for radio interviews. Each artist has an entourage - usually a publicist/record rep/family member or manager that tags along. They also have a handler that moves them quickly around the room. The bigger the artist the less time you have to talk. Usually you have about 5 minutes with each artist to interview, take pictures, get autographs and also liners (ex: Hi this is Darius Rucker and you're listening to 98.1 The Bull).

Here are some of my favorite pictures from the radio interviews. 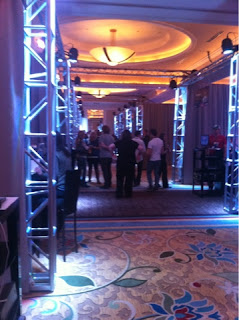 The row of interviews! 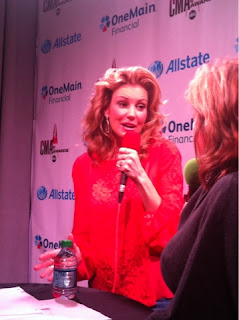 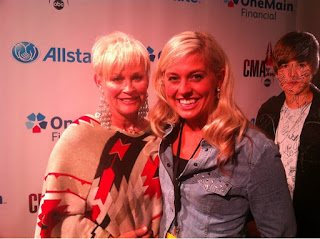 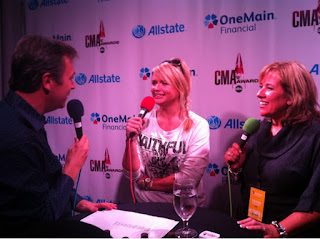 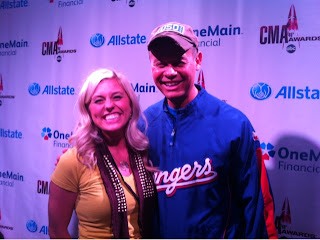 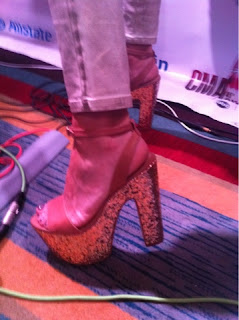 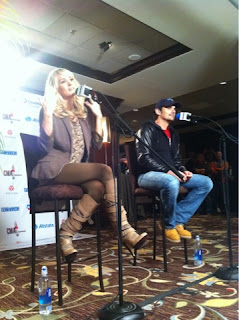 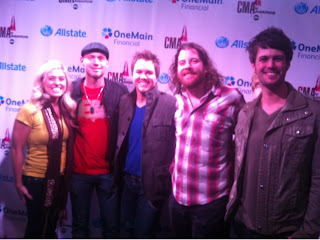 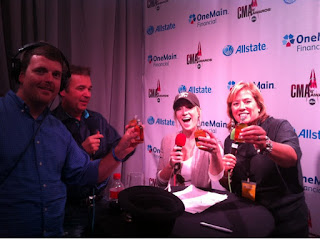 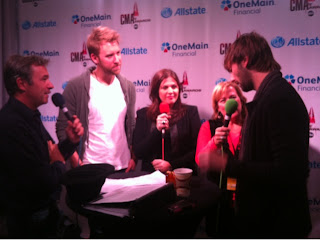 After long days of radio interviews there is always something fun going on around town. But getting up at 3 or 4 in the morning can make going out on the town hard. We did manage to make out one night to the Hard Rock for Jason Aldean and Thompson Square and then headed down to The Stage to see a great performance from Ronnie Dunn. 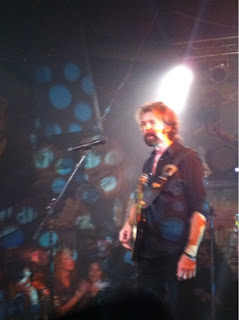 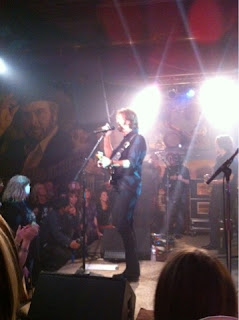 After all of that craziness comes my FAVORITE part of the week... The Red Carpet! 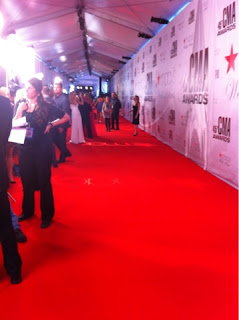 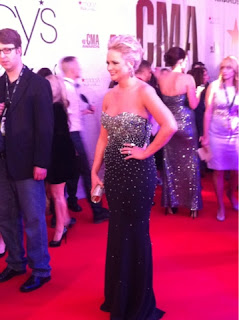 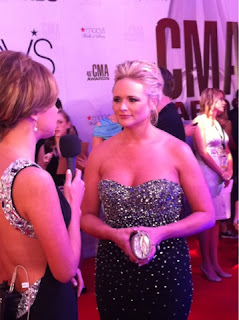 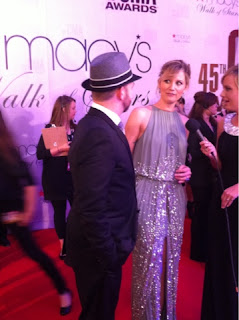 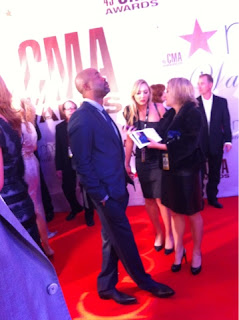 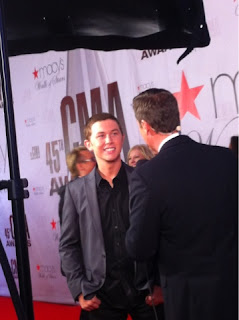 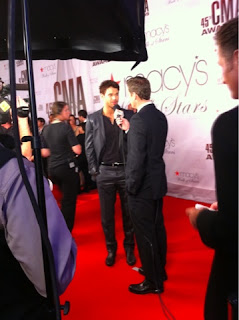 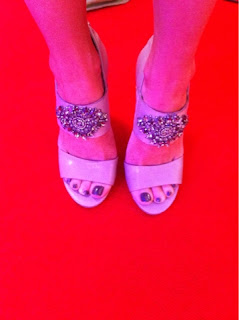 My feet are KILLING me... But I will not take my shoes off on the Red Carpet :)

So there you have it!  Some real life paparazzi shots from CMA week 2011!

Trick or Treat! Which is Healthier?

Love this article from Real Simple!


Which Treat is Healthier?  Read on to find out...

Skittles have only 61 calories per snack-size bag, compared to 90 in Peanut M&M’s, but that doesn’t necessarily make them the better choice, says Gidus. Peanut M&M’s are low on the glycemic index, which means they release their sugar slowly into your bloodstream and will satisfy you longer. Those sugary little Skittles will spike your blood sugar and leave you craving more.

While neither of these chocolaty, wafery/biscuity treats will win any nutritional prizes, “reaching for the Kit Kat will save you 20 calories and rack up less saturated fat and sodium,” says Sass. In fact, Twix packs three times the sodium—90 milligrams—in three fun size pieces than you would get in a comparable serving of Kit Kat.

The better choice: It’s a tie between the two.

There’s actually a trick answer for these treats: At 20 million pounds consumed annually, candy corn wins the popularity contest, but in the nutrition competition, this one’s a draw. Though you would need to eat 26 pieces of candy corn to rack up the same number of calories—140—as in 6 Tootsie Rolls, both candies contain artificial color and flavor. Vegetarians should go for Tootsie Rolls, however, since candy corn contains gelatin (an animal by-product).

The better choice: York Peppermint Pattie.
Perhaps it’s not surprising that a candy that has butter in its name (and is endorsed by Bart and Homer Simpson, d’oh!) doesn’t take the prize here: Two fun-size Butterfingers boast 200 calories, 8 grams of fat, and 100 milligrams of sodium. Meanwhile, three mini York patties pack 150 calories, 3 grams of fat, and 15 milligrams of sodium. Plus, says Gidus, “mint is a nice way to finish. When someone has a strong mint flavor they are not likely to go back for more because it would ruin the flavor of another piece of candy

The better choice: Jolly Rancher.
While Starburst candies win the calorie comparison (43 calories in three pieces as opposed to 70 calories for three Jolly Ranchers), “the calorie difference is not significant in my book,” says Gidus. Her pick is the Jolly Rancher, “because it takes longer to suck on and finish it, so you’re not likely to eat three in a row. But it is quite easy to down three Starbursts and still want more.” And then there’s this: Starbursts stick to your teeth more readily, which can raise your risk of developing cavities.

The better choice: Smarties.
So who’s the smarty? The candy’s name probably should have been a giveaway: Smarties have about half the calories and sugar of an equivalent serving of SweeTarts (25 calories and 5 grams of sugar per one of those little Smarties rolls compared to 50 calories and 13 grams of sugar for eight SweeTarts), says Sass. And, she adds, “Smarties are smaller, so it feels like you get more, and they take longer to eat.”

The better choice: Milky Way.
Both of these treats are built around gooey caramel, but “the Milky Way has less than 50 percent of the fat and sodium for two fun-size pieces,” says Sass. And, sure, the peanuts in PayDay offer some heart-healthy benefits, but they also come with 90 milligrams of sodium and 9 grams of fat.
Caramel Apple or Candy Apple?

The better choice: Candy apple.
No matter how they’re costumed—in melted caramel or a hard candy coating—these treats are both winners in a way, because they’ve got fiber and vitamins under those sugary disguises. But caramel is made with butter as well as sugar, which boosts its calorie and fat content. In contrast, a typical medium-sized candy apple will run 70 fewer calories than a caramel apple, and it contains no fat, says Sass. It’s worth noting, though, that the red dye that distinctively colors the sugar-based coating may be unhealthy, some studies suggest.
Find more helpful hints at Realsimple.com
Posted by Digitally Delightful at 12:21 PM 2 comments: