Excuse me sir... The President is on phone.

Today President Obama made a very special phone call to
the University of Kentucky Men's Basketball team.
He called to thank and congratulate them on their success
with Hoops for Haiti, a telethon put together by Coach Cal.
The event raised over $1 million for the Haitian people.

A dinner for 6 guests and Ashley Judd at Coach Cal's house
raked in over $100,000 on EBAY. It is great to see the
basketball team being successful on and off the court. Go Cats!!

Below is a picture Coach Cal tweeted of him and the team talking
on the phone with the President. 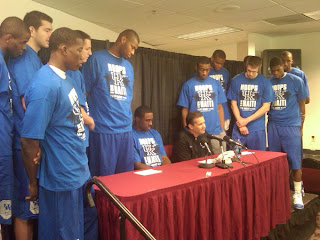 Here is what the other end of that phone call looked like...
President Obama with KY Congressman Ben Chandler. 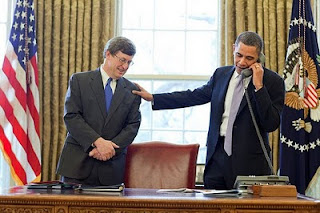 * Both Pics were tweeted by Coach Cal
Posted by Digitally Delightful at 11:18 AM